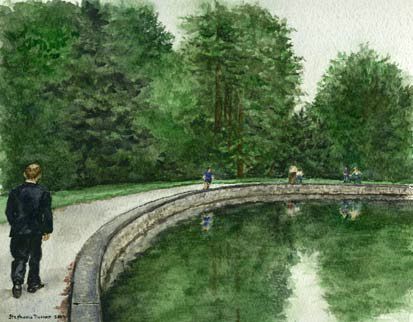 Before my children were born I worked for an organization that offered English as a second language courses to students from around the world. Unfortunately, at one point the position was going to be eliminated, but one lucky thing for me was that they sent me to a conference in Vancouver! I had never been to Vancouver before. After each day of workshops, I walked and walked around that amazing city, including in Stanley Park. Lots of other people had the same idea. This painting is from a photo I took during one of my walks. Such a beautiful area!

Return to Around Town