Posted by Stephanie Tickner on Friday, April 19, 2013 Under: Art Stories
Once again I am amazed how much time has passed since I last sat down to gather my thoughts around my art and what has been filling my time. I have been meaning to get to this for a few weeks now, but something else always seems to come up and I don't get to it. I decided that today, before I head outside to remove leaves from the perennial beds on what is supposed to be a beautiful and warm spring day (finally!), that I would share some of my art stories from late winter, and this spring that has been very reluctant to arrive.

Back in February, I started to feel the motivation for painting again, after the busyness of the holidays and painting commissions. So, I finally finished two LONG overdue paintings for my aunt. The first was of one of her granddaughters from when she was younger. I love the sun hat and cute dress. My aunt gave me oval frames for this painting and the one of two of her grandsons below. 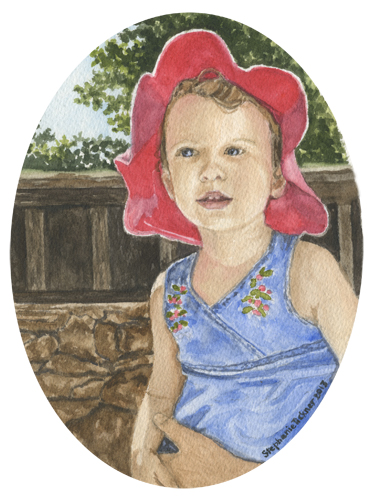 This painting is of two of my aunt's grandsons at Old Sturbridge Village when they were younger. Those two have great hair to paint! I loved painting all the dark wood in this old schoolhouse too.

Also in February I learned about two juried art competitions. One I did last year - Glamour in Mud Season - which is the exhibit to support the Wolfeboro, NH Players Theater. The other I learned about via New Hampshire State Council on the Arts. It was for an exhibit called "Nature" through an online gallery called Light Space & Time Online Art Gallery.

I was very glad to have two paintings juried in to the Glamour in Mud Season exhibit, "Somewhere Along the Kancamagus" and "Summer Rocks". I always enjoy participating in exhibits that support non-profit organizations. 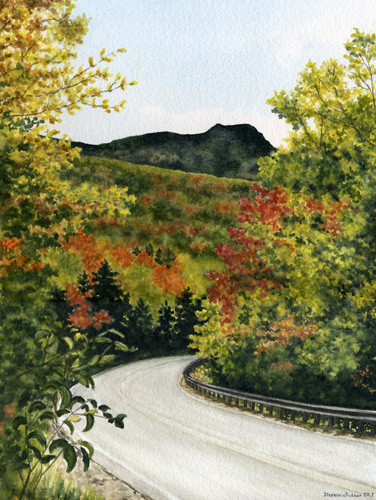 Somewhere Along the Kancamagus 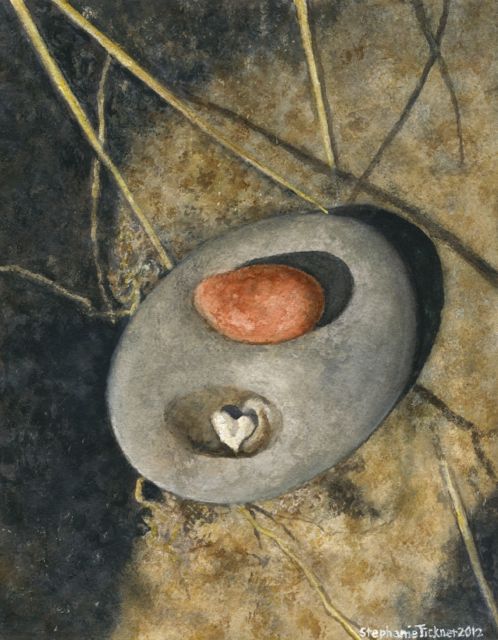 Having my paintings juried into this Wolfeboro exhibit gave me a reason to return to the beautiful New Hampshire Lakes Region to deliver them to the exhibitor. Like last year, I was happy to have some quiet time to take a solo trip back to Wolfeboro. Unlike last March when I delivered a painting for this exhibit on a day the temperatures reached nearly 90 degrees, this year the winter held on a lot longer. It was chilly and there was still plenty of snow around. I followed my footsteps from last March, starting with delivering the paintings to the exhibitor's farm high above the center of Wolfeboro. It was delightful to meet the newest members of the farm as well. 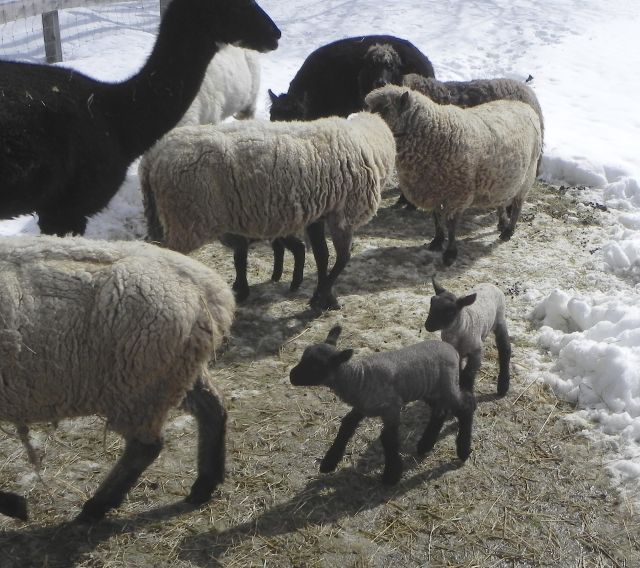 Then I headed into the town center and walked to the town piers and the nearby Cate Park. What a difference from 2012! In 2012 I sat at the end of the pier in capri pants and dangled my bare feet over the end. This year the piers were still covered in snow. 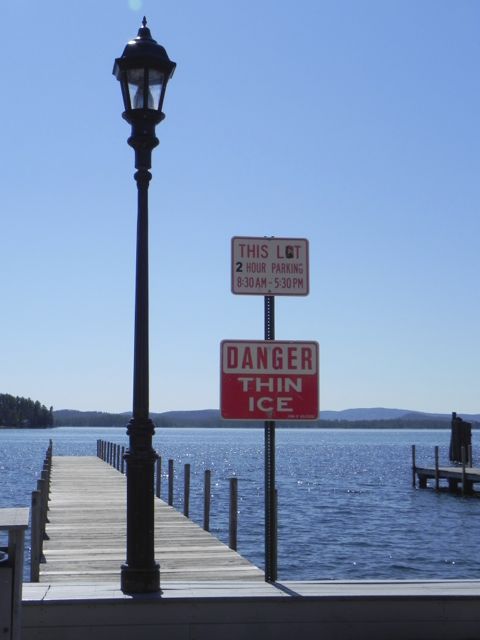 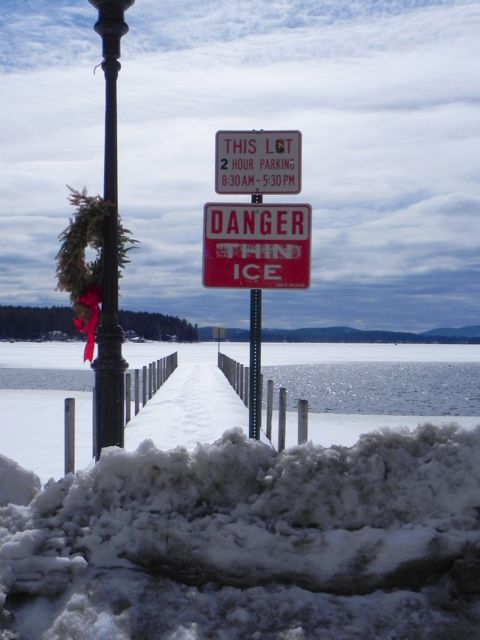 The thin ice sign had much more meaning in 2013.
They hadn't even removed the Christmas wreath yet.

No bare feet on the pier this year! 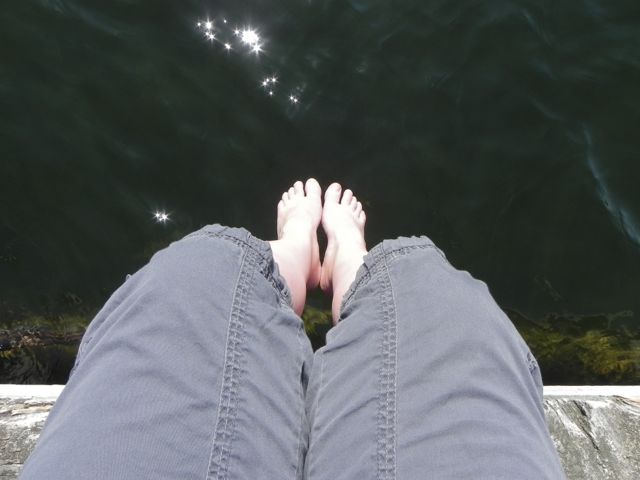 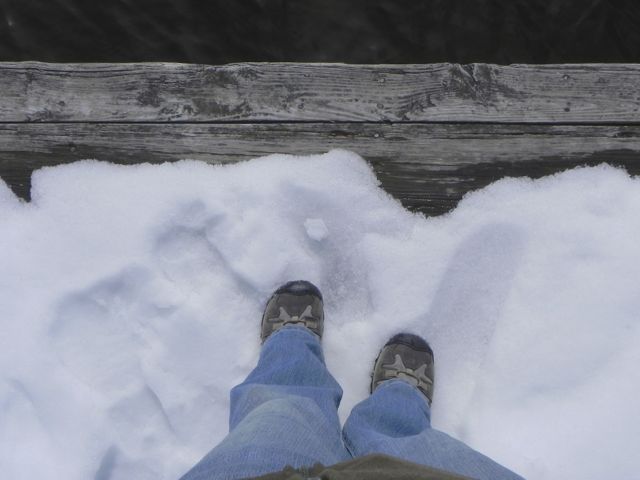 The park was still buried in snow this year. 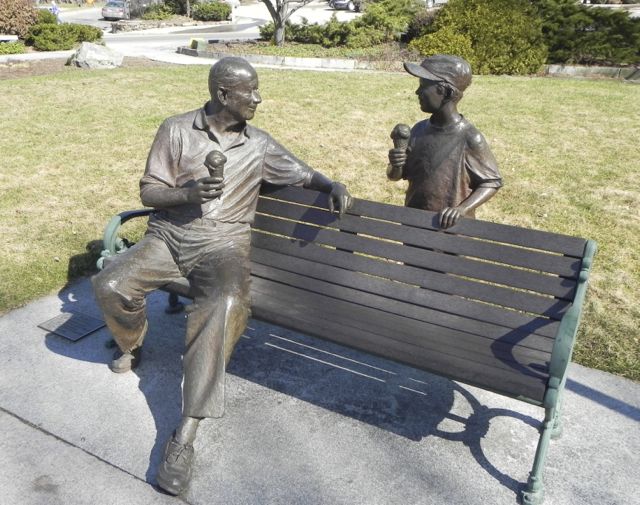 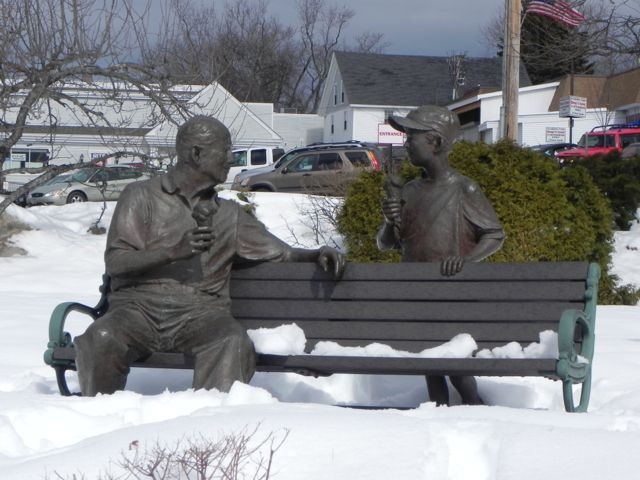 I also enjoyed another delicious lunch at the Downtown Grille Cafe...this time, inside the dining room, rather than on the outside deck that had yet to open. 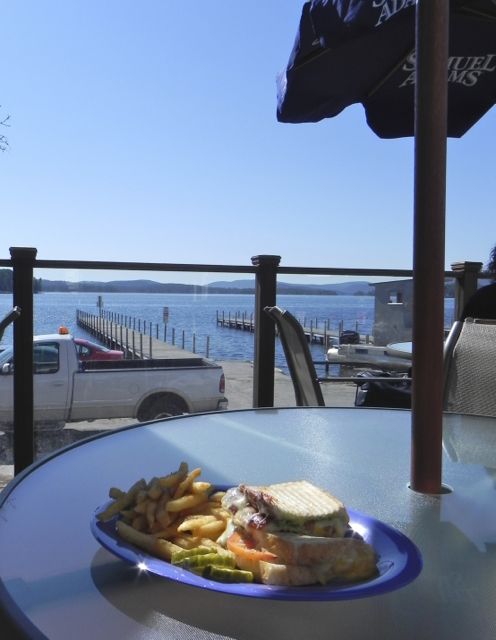 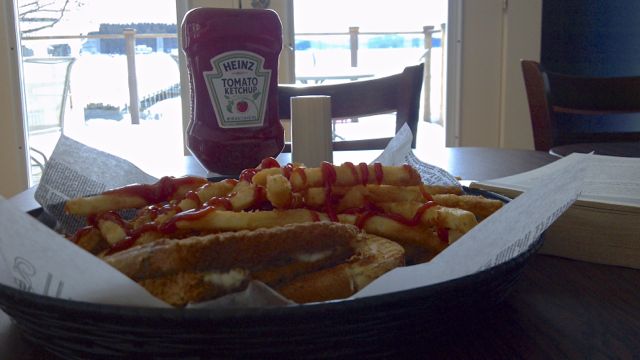 2013...lunch indoors with a view of the snowy deck

Home from Wolfeboro, I was thrilled to learn I had been named a Special Recognition Artist in the Light Space & Time Online Art Gallery "Nature" March 2013 Art Exhibition for my painting "January Wind at Town Neck". They wrote, "We received 672 entries from 20 different countries from around the world, including the Australia, Austria, Belgium, Brazil, Canada, China, Denmark, France, Germany, India, Japan, Italy, Netherlands, Russia, Singapore, South Africa, South Korea, Spain, Turkey and the United Kingdom. In addition, we received entries from 33 different states as well as the District of Columbia." I am so honored to have been recognized among so many entries. You can see my painting in the Slide Show for the Special Recognition Artists. It is alphabetical and I am #85. 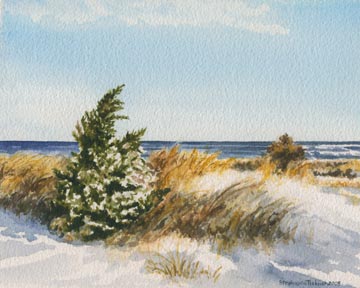 It is exciting that the exhibitors also sent me a certificate of recognition for my painting.

Most recently, in April, I created this painting of the parents of our dear friend who teaches the Farmers and Foragers program that my kids attend at The Orchard School. He delivered it to his parents on Easter weekend. It was a gift from all their children for their mother's 80th birthday. I feel so happy to have met their mother at the Orchard School holiday craft fair in December. I love these connections!

As April draws to a close, I am glad spring seems like it is really here...although in northern New England you never know! Today is supposed to reach the low 60s and tomorrow the low 70s. I look forward to my garden time before the dreaded black flies come out. So, my plans are for yard work by day, and by night, as energy allows, I have the following art projects on deck:

I plan to submit, hopefully, three paintings to the Historical Society of Cheshire County juried exhibit, 64 Miles, The Ashuelot River. The Ashuelot River travels 64 miles in southwest New Hampshire from Pillsbury State Park in Washington, NH to the Connecticut River in Hinsdale, NH. The goal of the exhibition is to pay "homage to the largely over looked Ashuelot River as the great natural resource that it is to this area. Rich in history and natural beauty, the river offers extensive artistic opportunities for the visual artist." The exhibit will be in July.

I also plan to submit two already completed paintings for consideration for the Monadnock Area Artists Association 2013 Juried Fine Art Show that will be at the Jaffrey Civic Center's Cunningham Gallery in June and July.

Wish me luck. Now, out to the gardens!