Reflecting on a Summer of Art and Beauty

Posted by Stephanie Tickner on Wednesday, October 3, 2012 Under: Art Stories
Where does the time go? It seems like summer started just yesterday, and now we have already passed into fall. As the days get shorter and the trees burst with color, I have been reflecting back on the wonderful summer that just passed. I didn’t have much time for painting, but I experienced a great variety of man made and natural art that filled my days with wonder and awe.

The summer began just two days after the kids finished school in June. The company my husband works for is based in Annecy, France and they wanted him to work for a week at the France office. It was the perfect opportunity for a trip of a lifetime. Annecy is a beautiful city in the Rhône-Alpes region of France. We rented a tiny apartment in Le Vieil Annecy (the old part of town) in a building built in 1650! With high walls, arches, cobblestone streets, cafes and small shops, I felt I had gone back in time. We spent a week there touring churches, museums, and a castle, as well as admiring the beauty of Lake Annecy and the towering mountains. We fell in love with this gem of a city. 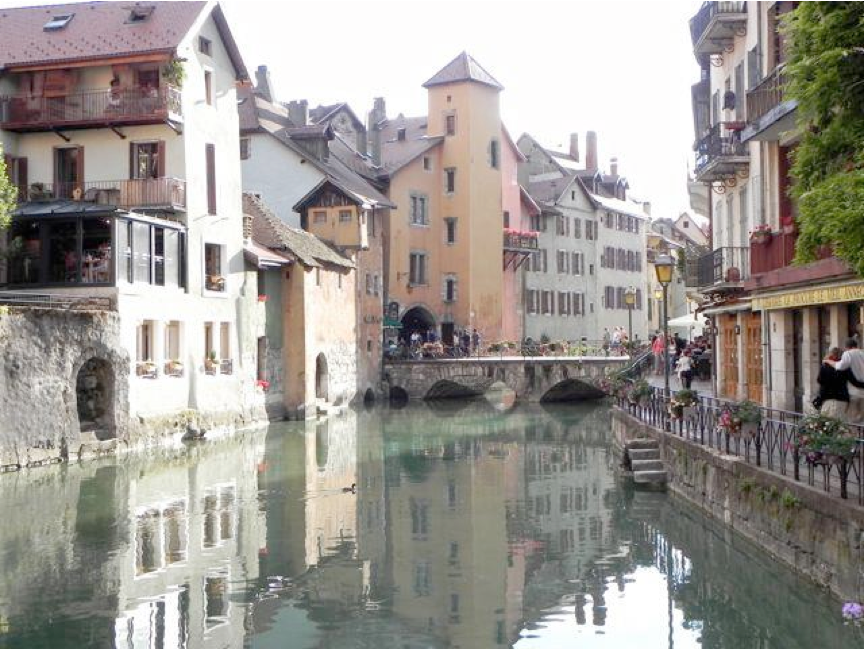 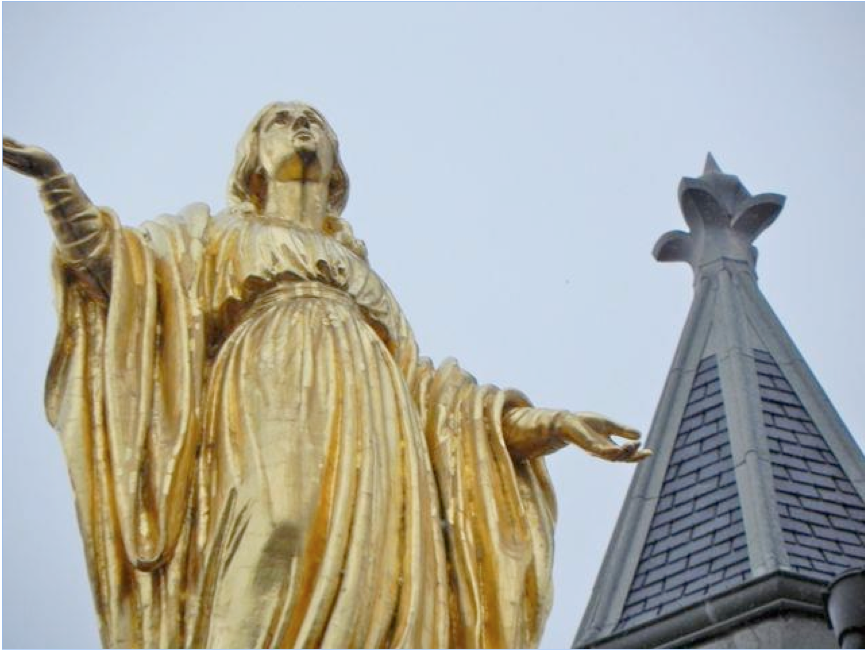 Statue in front of Notre Dame de Liesse Church. This is a "new" church was built in the middle of the 19th century on the site of a 13th century sanctuary. 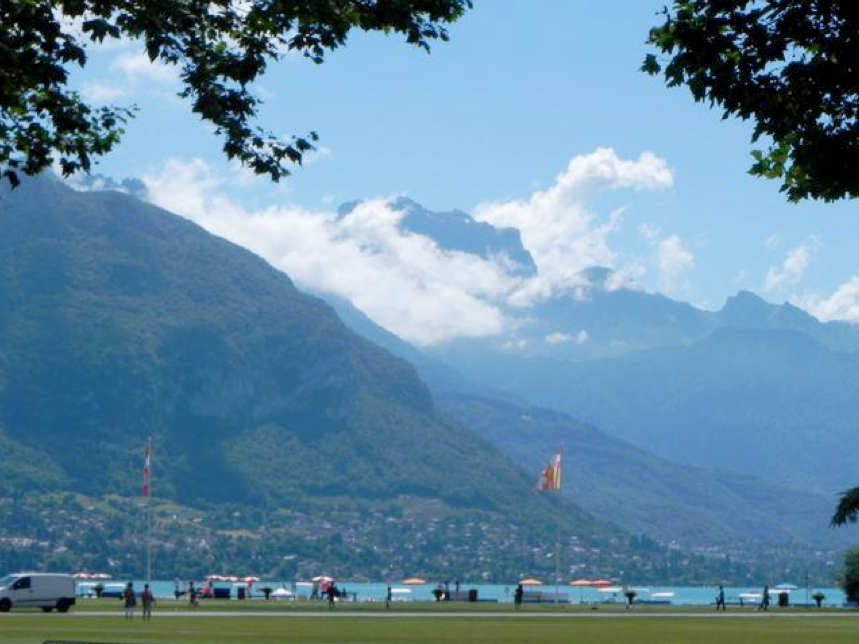 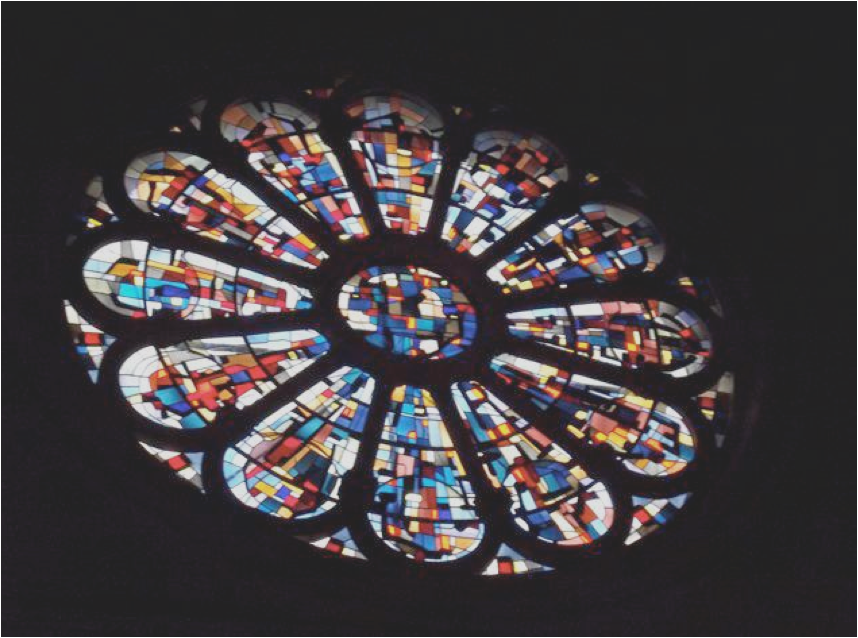 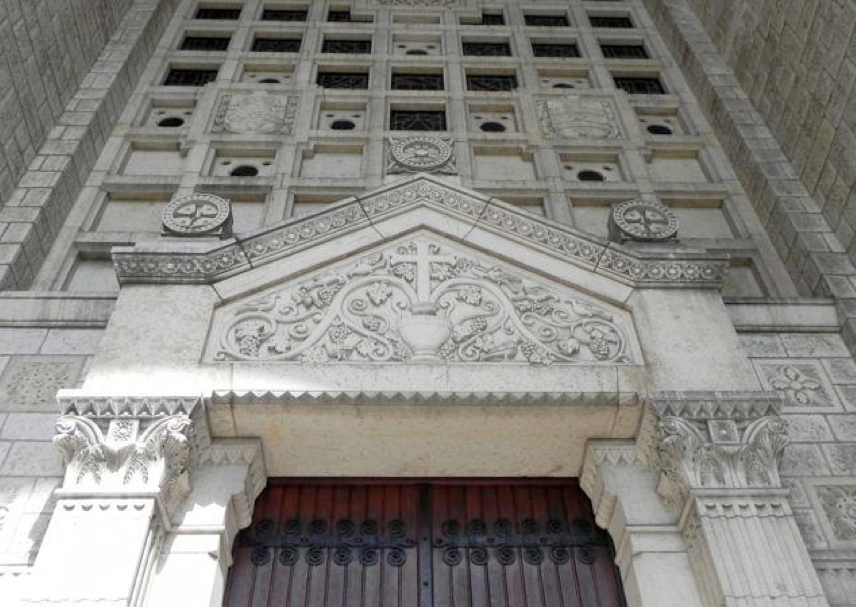 Front of the Basilica of the Visitation. Started in the beginning of the 17th century and finished in 1930 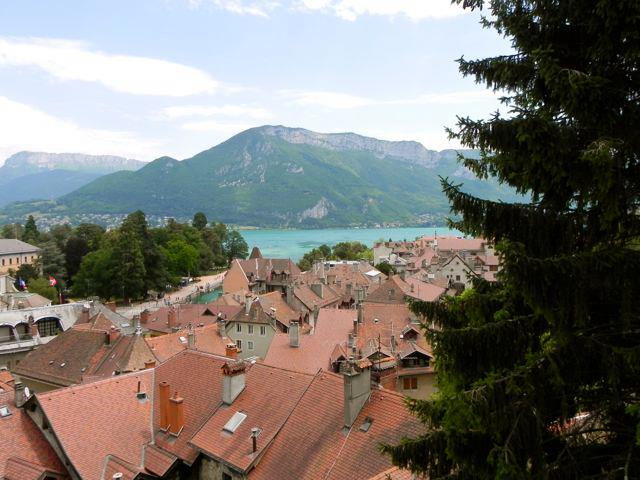 View of le Vieil Annecy's red roofs, Lake Annecy and the mountains from the courtyard of Le Chateau. It was once home to the Barons of Geneva. Construction started in the 12 century and lasted over 4 centuries! It is now a culture and history museum.

After our incredible week exploring the historic city of Annecy, we hopped on a train to Lyon, then Paris for the second week of our French vacation. In the City of Light we rented a ground floor apartment off a courtyard between tall buildings in the 18th arrondissement. One of the first things we noticed was the difference in pace between Annecy and Paris. In Annecy we walked everywhere and things were pretty close together. In Paris there were people rushing around to catch the metro and crowding into famous landmarks. Our metro ride was was about 12 stops from the apartment to the center of the city, and sometime the cars were so full we couldn't get on. Despite the pace change, there were so many well known sites in Paris that I felt like I had stepped into a book or a movie. History and art surrounded us everywhere we looked, from bridges over the Seine, to churches, and of course the museums. At times, the building themselves were so stunning and detailed they became part of the exhibit in their own right.

We visited Notre Dame, the Archaeological Crypt, Sainte-Chapelle, the Conciergerie, Sacre Coeur, the Eiffel Tower, l'Arc de Triomphe, the Maritime Museum, the Louvre, the Orsay and the Orangerie museums, and Versailles, Louis XIV's palace an hour train ride from Paris. I took hundreds of photos. Part of me wishes I had endless time to paint and try to capture some of my favorite memories. We walked miles and saw so much. It was incredible. 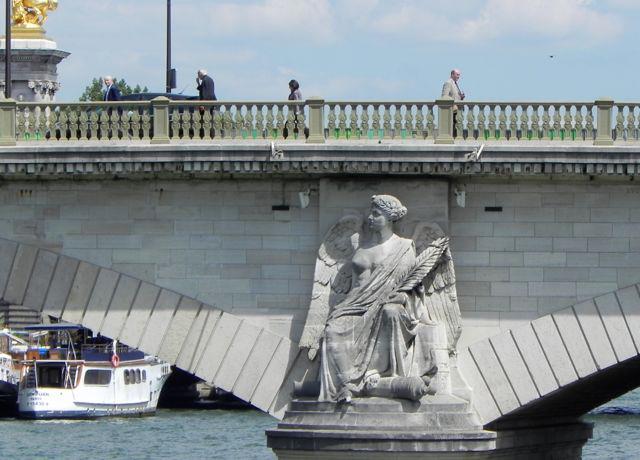 Pont des Invalides over the Seine 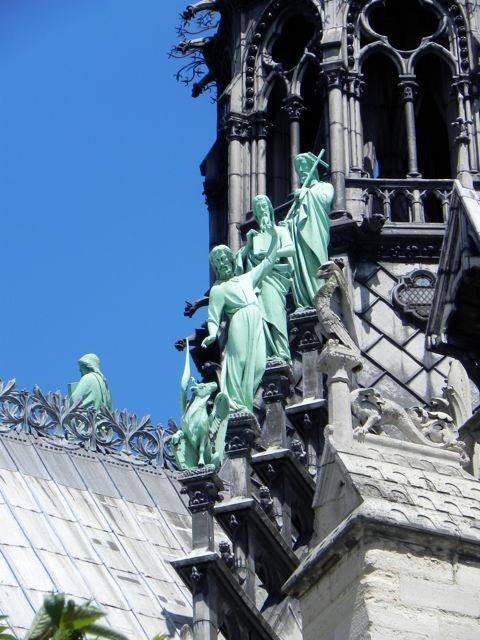 Statues on the roof of Notre Dame Cathedral 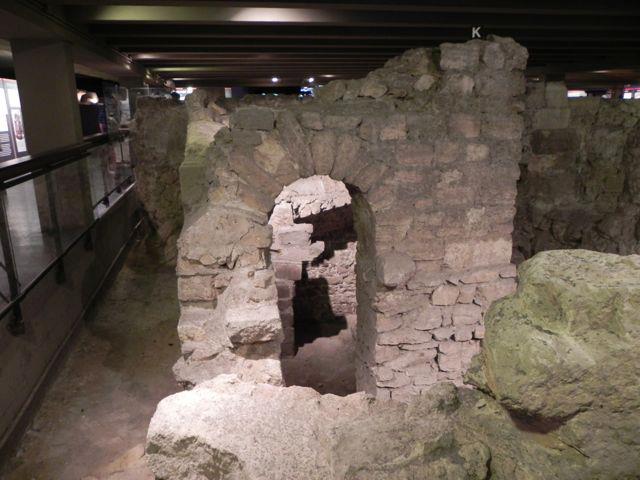 Ancient ruins in the Archeological Crypt under the courtyard of Notre Dame. The buildings were discovered during excavations from 1965 to 1972. 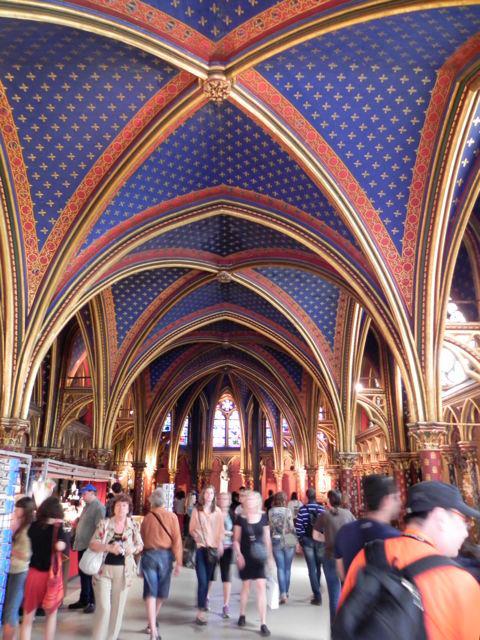 Arches of the first floor of Sainte-Chapelle, where the common folk attended Mass. 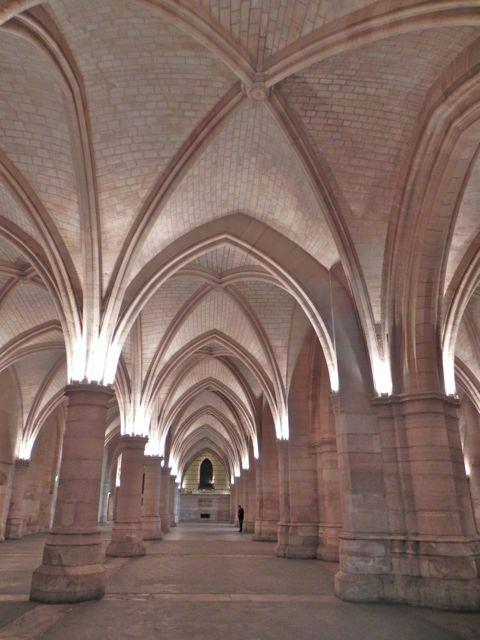 More arches. These are in the Hall of the Guards in the Conciergerie. It was first was first a royal palace, then a prison during the French Revolution where victims were held before heading to the guillotine, including Marie-Antoinette. 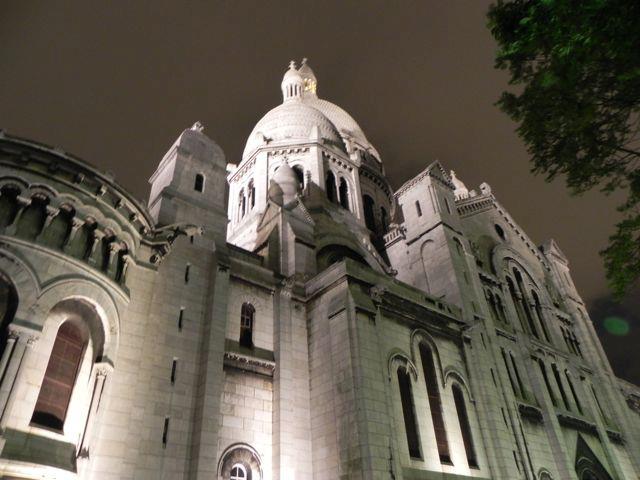 Sacre Coeur Basilica was a short walk from our apartment up many flights of stairs. It was built over 44 years from 1875-1919. 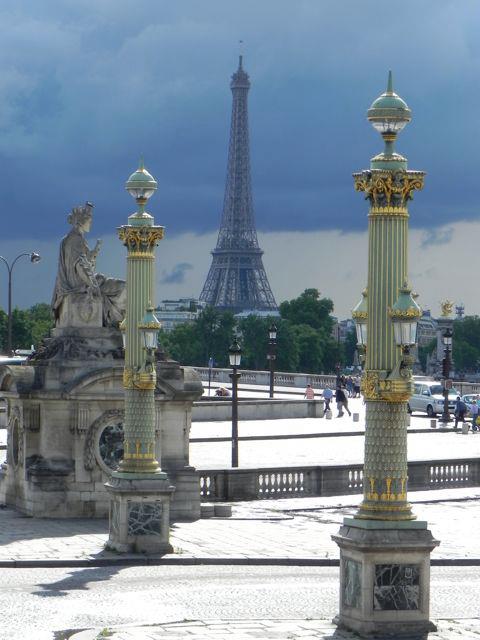 The distant Eiffel Tower as a thunderstorm rolled in behind it. Stunning! 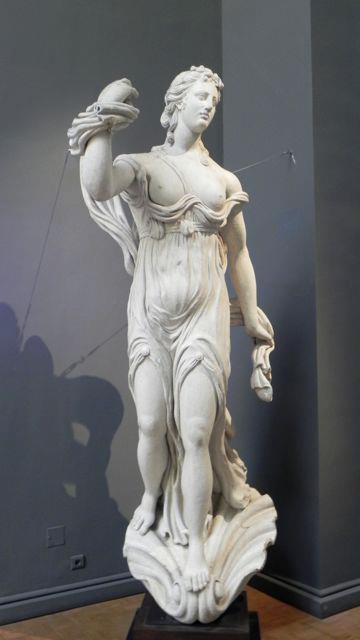 Figurehead of Amphitrite, daughter of Triton, seduced by Neptune, from the frigate Amphitrite, 1810 in the Maritime Museum 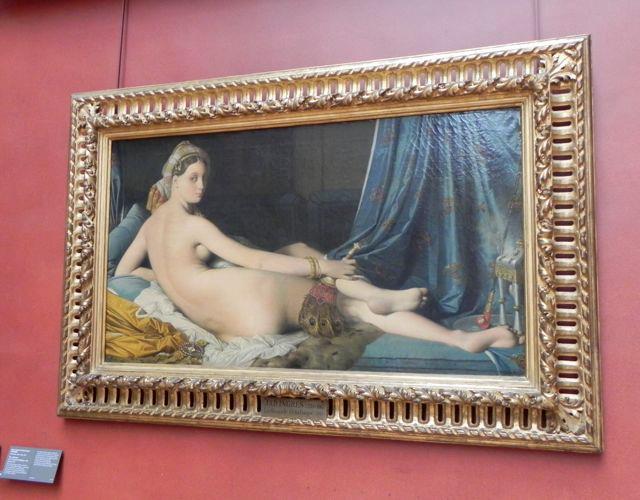 Le Grande Odalisque by Jean-Auguste-Dominique Ingres, 1814. Just one of the beautiful paintings we saw at the Louvre. I could have spent months here and not seen everything. It was not just the curated art either. The fact that the building was once a palace kept capturing my attention. The rooms were stunning all on their own! 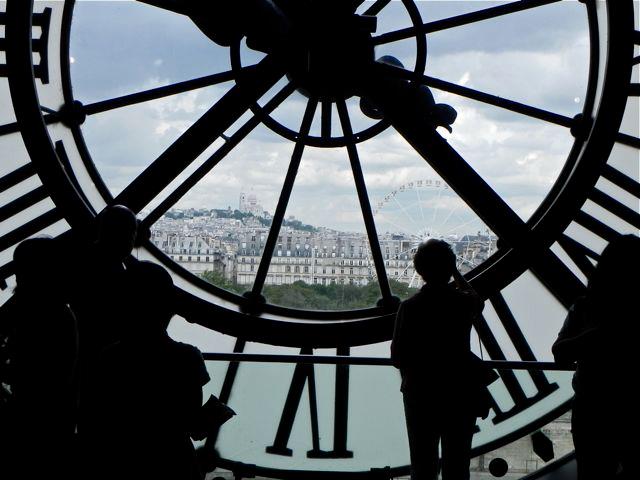 This clock in the Orsay Museum was the inspiration for the clock in the train station depicted in the movie Hugo. You can see Sacre Coeur and the ferris wheel near the Louvre in the distance. 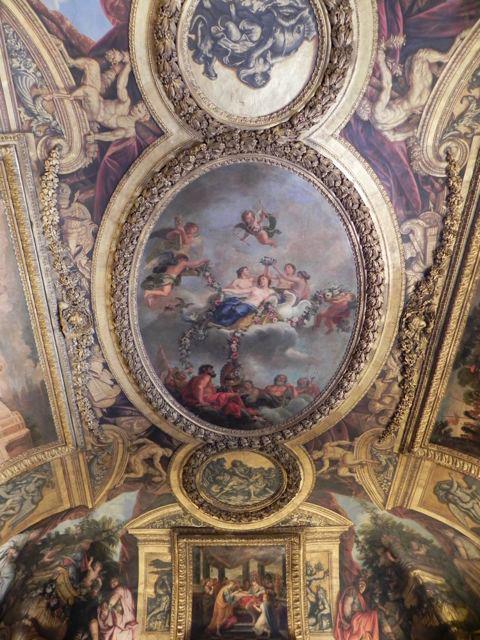 This is the ceiling of the Venus Room at Versailles.. The painting is called "The Goddess Of Love Subjugating The Gods And Powers” by Houasse, and it represents Venus being crowned by the Three Graces. Light meals were served in this room. I wish Versailles hadn't been so crowded. There was so much detail in every room, and I would have enjoyed having more time to linger and look. It was so beautiful and opulent.

We were sad to have to leave after two glorious weeks in Annecy and Paris, but we realized upon returning home that just a week later we would be heading to the Hudson Valley region of New York for our annual trek to the Grey Fox Bluegrass Festival. We have been attending Grey Fox since 1996, and we love having the chance to relax at the beautiful farm surrounded by mountains while incredibly talented musicians share their art with us. I am not a musician, and I am always amazed by their ability to play such intricate music. And of course, there are all the stunning sunsets there. 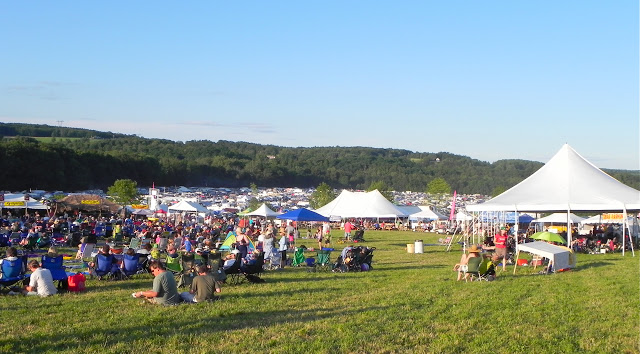 View of the main stage field with the camping area in the distance. 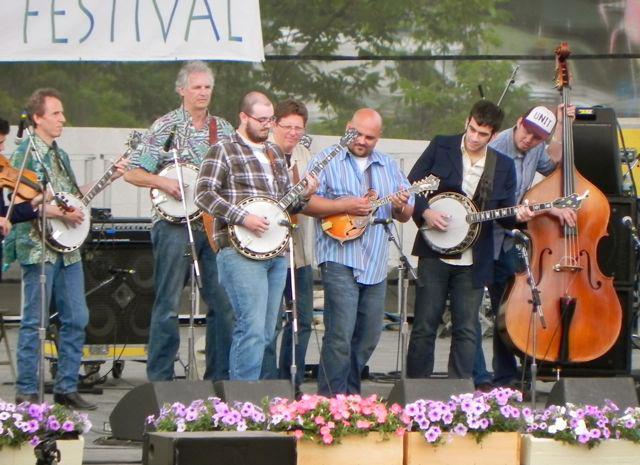 Tribute to Scruggs, Watson, Dillard & Lilly Hosted by Tim O’Brien. We lost so many amazing bluegrass stars this year. So many banjos! 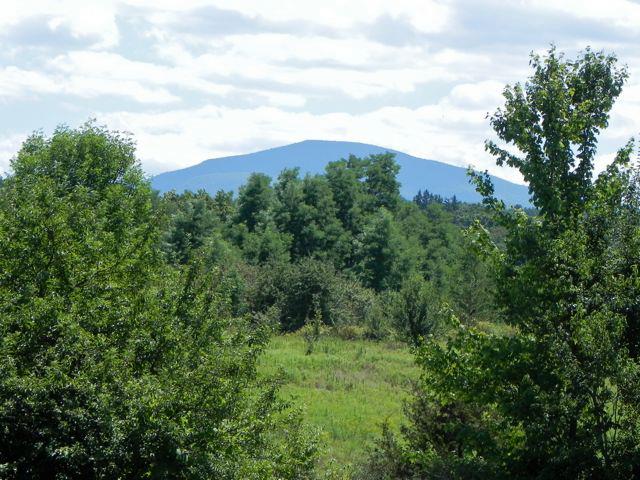 View of the mountain from the top of the hill. 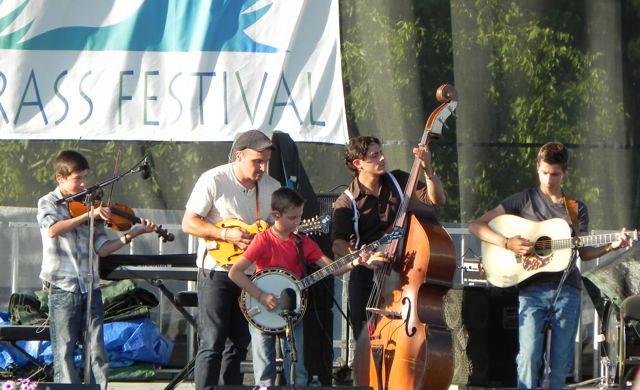 Sleepy Man Banjo Boys on the main stage. These kids were so incredibly talented! They are just 10, 13 and 14. 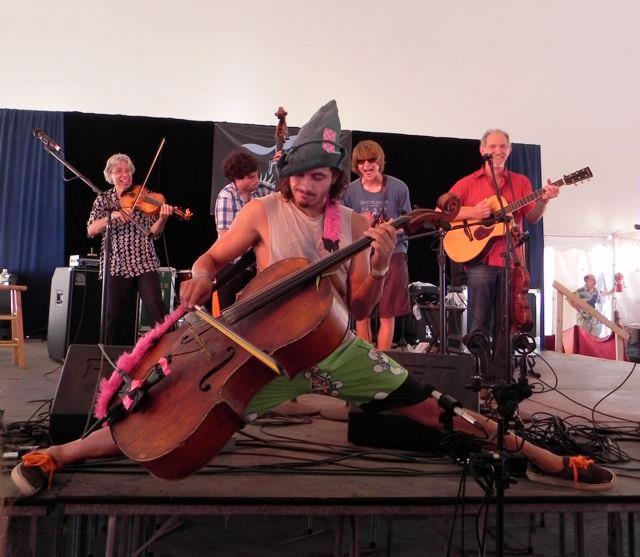 Old-Tyme Kozmik Trio. I so enjoyed Rushad Eggleston's antics on stage. Apparently the other band members did too! 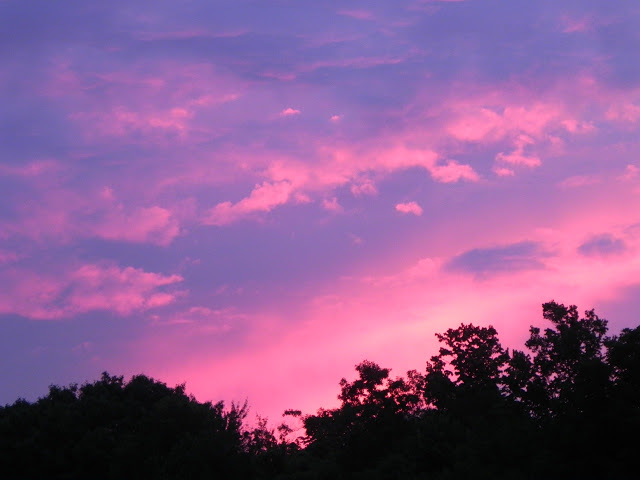 The rest of the summer flew by in the blink of an eye. We marked the end of summer and the beginning of fall with a canoe camping trip to nearby Pillsbury State Park in Washington, New Hampshire. From our beautiful and secluded site on May Pond we were able to see some of the most stunning art of all...the natural world around us. We woke on Saturday morning to the call of loons and some very dense fog. We loved seeing the loons emerge from the fog, just off the shore of our site, and to observe a rocky island appear and disappear again in the fog. When the sun finally came out  and we could see the early fall colors in the trees, we took turns in the kayak and canoe, paddling alongside loons and watching great blue herons in the shallows. It made me realize how lucky I am to live in such an undeveloped area where I am able to see these gifts of nature. 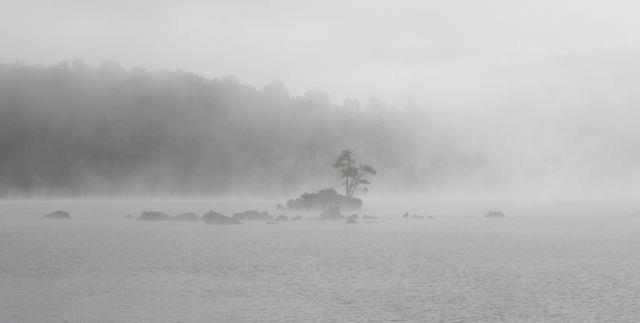 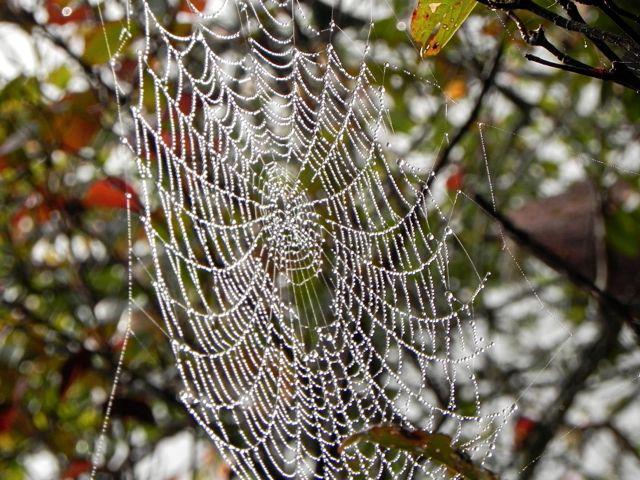 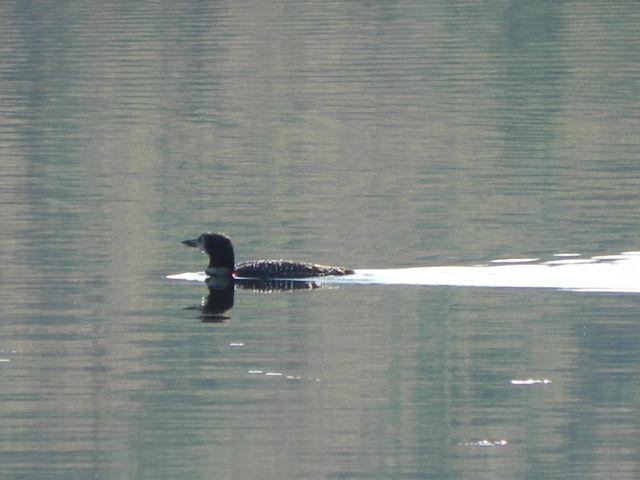 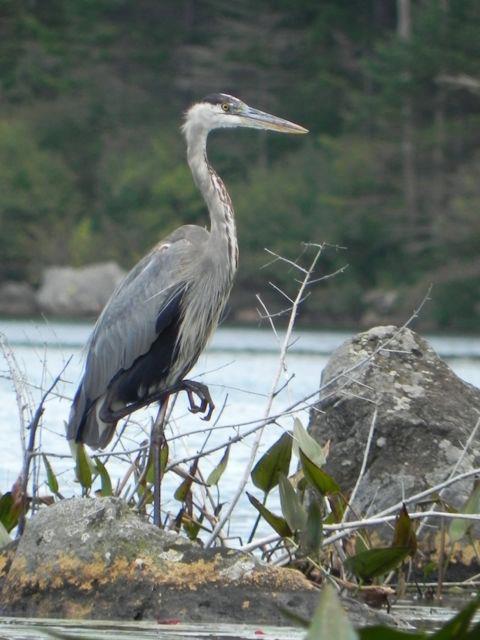 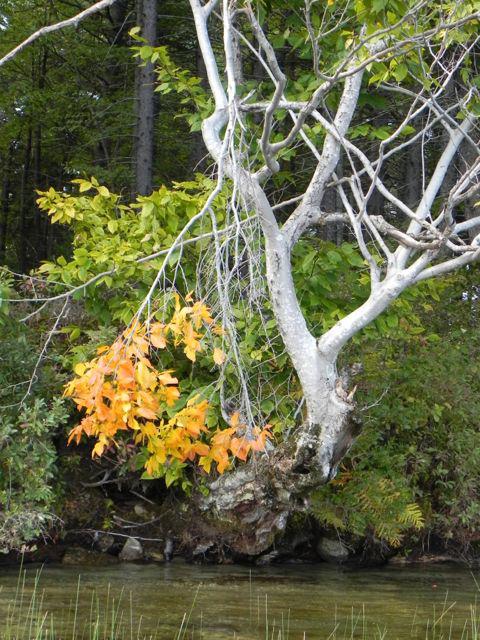 Now that fall has really settled in and the leaves are dropping steadily, I feel the urge to head back into my basement art room to start painting again. As I look through the trees from my west facing windows, I can watch the weather change over the course of a day, and see the leaves fall and swirl in the wind. I look forward to creating my own new works of art as I remember a summer that was full of so much inspiring beauty.